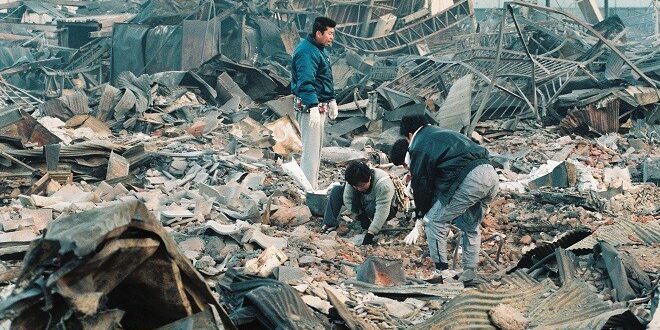 Since earthquakes cannot be prevented, some measures can be taken against earthquakes. The most important of these measures is the place where the settlement will be established and the selection of the materials to be used in the houses. Residential units should not be established on floors consisting of loose materials, especially in plains, and houses should be built on the bedrock. Care should be taken to ensure that the material to be used in residences is light, flexible and earthquake resistant.

What Are The Ways To Avoid Disasters?

Some of the natural disasters are unavoidable. Earthquakes, volcanism, tsunami and hurricanes are such events. However, the human role is important in the increase or decrease in loss of life and property due to such events.

Since earthquakes cannot be prevented, some measures can be taken against earthquakes. The most important of these measures is the place where the settlement will be established and the selection of the materials to be used in the houses. Residential units should not be established on floors consisting of loose materials, especially in plains, and houses should be built on the bedrock. Care should be taken to ensure that the material to be used in residences is light, flexible and earthquake resistant.

Cabinets in the house should be fixed to the wall. Disaster preparedness plans and earthquake-related drills should be made. An earthquake bag should be prepared, which will contain medicines, first aid kit, some money, water, food, flashlight, whistle, handkerchief, toilet paper and a small radio. How to communicate with family members after the disaster and where to meet should be determined in advance.

During the earthquake, a safe place should be found, kneeling, and covered to protect the head and nape. It should be held in a steady place in order not to fall. You should not go to the stairs, go to the balcony, or use an elevator. If you are in an open area during the earthquake, you should stay away from power lines and poles, trees and buildings; The surroundings should be observed by crouching in open ground. The sea shore should be moved away.

Not establishing settlements in places with tsunami danger, establishing early warning systems, raising awareness about this issue are among the measures that will reduce the damages caused by such disasters. Early warning systems are one of the most effective measures to be taken against tsunamis. In this way, people can evacuate the coasts and take precautions by moving to safe places. For this purpose, early warning systems were developed by the National Oceanic and Atmospheric Administration and the Pacific Tsunami Warning Center near Honolulu, and international observation stations were established in the Pacific Ocean.

Hurricanes and storms are among the disasters that cannot be prevented. Early warning systems and creating areas where people can be protected, raising public awareness on these issues are activities that will prevent these disasters from causing more loss of life and property.

Early warning systems are the primary means of avoiding storms and hurricanes with the least loss. Thanks to these systems, the disaster can be notified in advance and necessary precautions can be taken. For this purpose, at least one week of water and food stocks should be made, and the shelters that will not be submerged during the flood or the shelters designated by the administrations should be settled.

Before the storm and hurricane, the freely flying or drifting objects in the garden should be placed in safe places, the roofs should be reinforced, windows and doors should be closed, vehicles should be parked in the closed garage or in places away from trees and walls, if any. Disaster first aid kits should also be kept ready before the disaster. When the disaster begins, if possible, stay inside. Those caught in a hurricane while outdoors should take shelter in trees and under walls.

People have a direct impact on the occurrence of some disasters. Landslides, erosion, floods, floods, forest fires and global climate changes are among such disasters.

Humans are directly involved in the occurrence of some of the landslide events. Taking materials from inclined slopes and making way to such places can cause landslides as it disrupts the natural balance. Establishing settlements in landslide areas are also activities that increase loss of life and property. Preventing these activities of people will reduce the loss of life and property that may occur as a result of landslides. Building concrete walls on the slopes, strengthening the slope with concrete or steel piles deep down to the bedrock are efforts to prevent landslides.

One of the ways to prevent landslides is the screening method.

For example, terraces are built on sloping slopes to prevent landslides in Peru. Sperming the slopes or covering them with concrete and making channels for the flow of surface water are also among the works to prevent landslides. Failure to open landslide-sensitive areas to settlement and access, moving settlements in such places and passing roads through sound tunnels are efforts to reduce the impact of the landslide.

Establishing a settlement in the stream beds or in the flood area of ​​the river, covering the soil surface with concrete and asphalt, filling the stream beds with materials such as garbage and rubble are among the activities that cause floods. Directing the streambed to concrete and narrow channels can also cause floods. Preventing these activities of people will reduce floods and therefore loss of life and property.

Some measures can be taken to reduce the loss of life and property in floods. Establishing early warning systems is one of these measures. It should be ensured that settlements are not established on the stream beds, and the wastes that may cause clogging of the stream should be cleaned. Protection of vegetation and afforestation are also factors that prevent floods.

Making terraces on the slopes reduces the loss of life and property as it reduces the flow rate of the water. Directing excess water to pond basins previously formed during floods is one of the measures to reduce the damages of floods and overflows. Building barriers on the riverside is one of the methods to prevent floods. For example, in Belgium, floods are tried to be prevented by building walls and sets with gates on the rivers.

During sudden floods, a high place should be climbed, cavities and water beds should be avoided. If the vehicle is occupied, the roads covered with water should not be passed.

Avalanche often develops rapidly, sometimes causing loss of life and property. When the avalanche starts, if possible, it is necessary to move towards the edges where the avalanche moves slower and the snow cover is thinner. High rock windows should be entered if there is any nearby. Meanwhile, other people should be warned by making noise, skis and poles should be removed if skiing.

If avalanches cannot be avoided, one should stand on the abdomen by making a swimming movement or a sitting position should be taken by joining the legs and arms. One hand should be held in front of the face and the other on the head. If the vehicle is occupied, the engine must be stopped, the lights must be turned off, and the amount of oxygen in the vehicle must be maintained.

Afforestation can be done to prevent avalanches. Building sets and walls on the slope are also measures to prevent avalanches. With the sets called snow curtains, accumulation of snow in dangerous areas by the wind is prevented. For example, avalanches are prevented by building sets on the slopes in Switzerland. In order to reduce the dangers that may be caused by avalanches, the avalanche event can be carried out artificially by various methods by taking the region under control.

It is among the precautions to be taken against avalanche that transportation roads are not passed through avalanche areas, winter sports places are not established in such areas, meteorology stations and early warning systems are established, necessary measures are taken for search and rescue activities after avalanche and public awareness on these issues.

A tool called lightning rod has been produced to protect against lightning. These vehicles are installed in buildings and provide the transfer of electrical energy to the ground.

Single trees, poles or similar things should be avoided in open areas against lightning hazard. Pit places should be passed from high places. The highest being on the land should not be people. For this, in the face of danger, one should go to a low place and crouch on the ground with the feet on the ground and shrink like a ball. It should stay away from water whenever possible. Metal things should not be moved. You should wait without touching the metals in the vehicle and closing the windows.

Drought is a disaster that develops slowly, is difficult to predict and has a long impact. Therefore, the precautions to be taken regarding drought are very important. For this reason, the observations carried out at the meteorology stations and the warnings and alarms on this subject are of great importance.

Using drip irrigation methods to irrigate agricultural areas, paying attention to the closure of irrigation channels, using drinking and utility water economically, building water transport channels to areas that may be less affected by drought and that will be affected by drought in places with rich water resources are among the precautions that can be taken against drought.

All rights of this article belong to www.pophaber.com

Etiketlerpop haber What Are The Ways To Avoid Disasters?

How to Write a Book Summary?

How to Build Muscle at Home?

Push-ups are essential for home workouts. Make sure you're in good shape to get maximum benefits. Your spine should be straight and in line with your hips that you haven't lowered. You usually need to open your palms a little more than your shoulders, but you can open your arms for better chest work or bring them closer together for better arm work. You should also do incline push-ups for better overall muscle development.